Today was the February pug meetup and it was in the 50's!!! However, that plus a foot of snow meant that Brian and I had to pull the pugs through a sea of MUD!!!! Check out Sophie's paws- and this is UPON arrival. 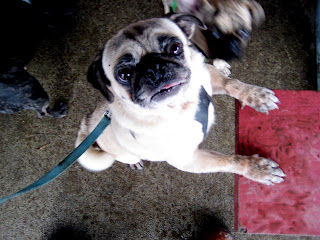 My FAVORITEST pug (shh don't tell anyone) in the world, Roscoe, was there... at one of the KPR events, he and his mom were ROBBED when they didn't place in the kissing contest. She told me today that he's actually a BUGG too!!! Isn't he a cutie?? 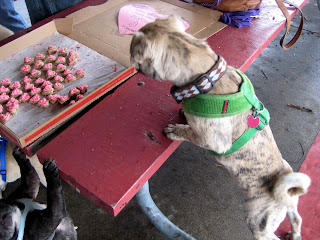 The minute Harles arrived and was approached by 32 pugs or so, he freaked, like usual. He got so worked up trying to bitey-face all the pugs that he got out of his harness! I spent the first half of the meetup trying to calm him down. Luckily, it's just his nerves. He reacts to SO many other dogs by getting scared and playing bitey-face. But he loves humans even when he's scared, so he got lots of attention. 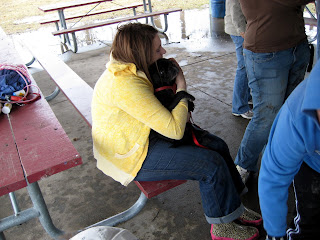 Apollo's mom dressed him in saran wrap to keep him dry- he's the one shaking off, so I guess that didn't work!!!!! 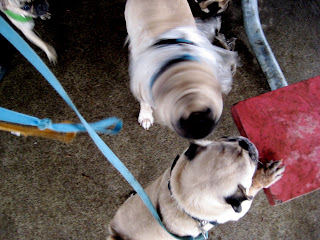 Hank was there saying "I LOVE YOU" to everyone for treats, as usual! I think that's Bernice to his left? 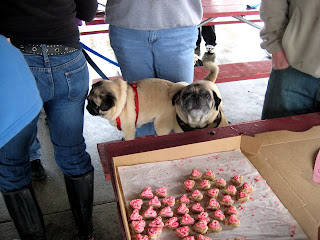 Here I am being ghetto with Harles. 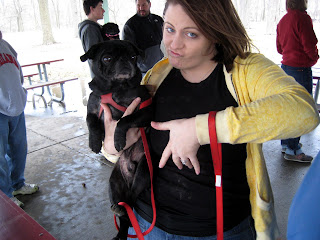 Salinger made pup-cakes (trying to buy someone's love, are we?) and Dixie was ALL OVER them! 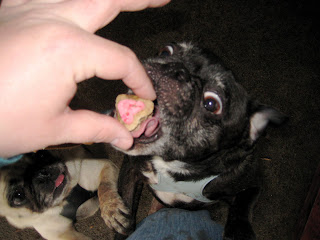 Check out the little bit of icing on Sophie! 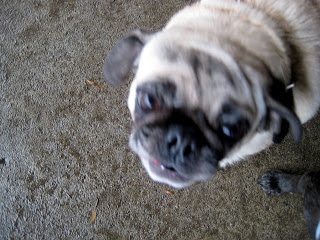 I'm sure Salinger made them all by himself. They were a huge hit! 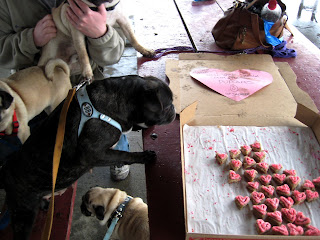 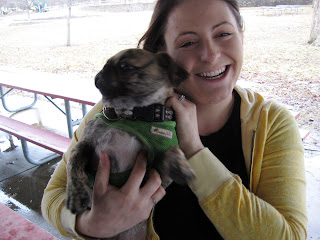 All the dogs were obsessed with the pup-cakes! 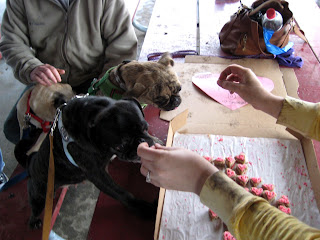 When it was about halfway through, a bunch of people left. Everyone was COVERED in mud. Luckily, Harley's foster mom and fellow blogger Stacy, Brutus' mom, came! Harles was SO happy to see his foster mom again!!!! 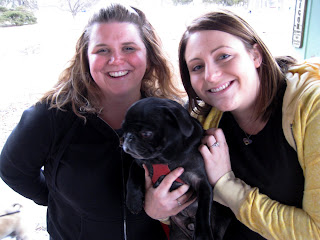 Look how happy Stacy and Harley are too see each other! Also, check out the mud on me! 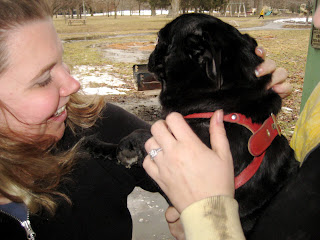 FINALLY a complete Indy blogger picture! It's Stacy, Laura, me, and Vikki!!! I just adore these gals! 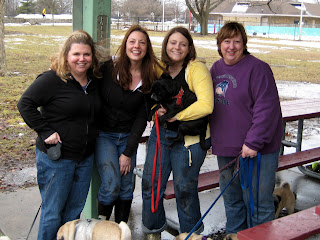 Sophie did NOT do well with Apollo's sister... Hank's momma said that Sophie and Harley need anger management! 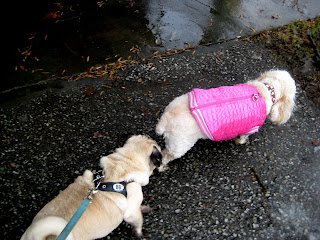 Salinger wore his "Sup Dawg" shirt that Sophie got him (before they broke up). I don't think you're convincing anyone! 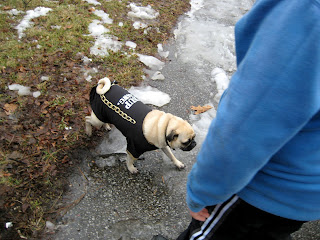 At this point, we were COVERED in mud! Luckily I wore my boots. 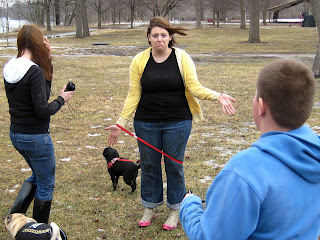 Sam was playing kangaroo with one of his many pugs. I think that's Eddie... 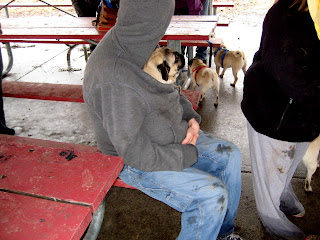 It looks like Sophie was checking out Pippin... who can blame her after that poem he wrote her!!!! 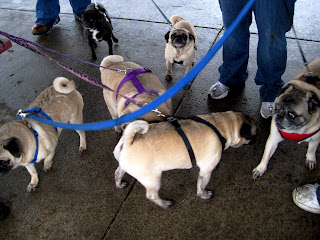 I hope you enjoyed our pictures from the meetup! Hopefully next month's will be warmer and drier!

Great pictures! I LOVE the new banner picture! That is adorable!
We had fun today, but it was nice to get home and change into some warm, CLEAN clothes!
Pug hugs and kisses!
Vikki and the Pug Posse

OMD that looks like the most funnest, most bestest, most muddiest meetup ever! I wish I could have come & played! Love the pictures!
Hugs & Snugs
Eduardo the Snuggle Puggle

We had the same situation in Chicago - up in the 50's and lots of snow to melt. Even I got muddy today and I avoid puddles like the plague. Looks like a fun meetup and those treats look yummy!

I am shocked that our clothes came clean! What a MUDPIT! SO fun though as usual.

Yeah, Salinger TOTALLY made all those treat by himself! Actually...he's the VP in charge of Quality Control, so he had quite a bit to do with them.

LOVE the Indy blogger pic of all of us!!!! Maybe next month we'll have more to add!

It lookes like you had loads of fun. I sure hope I can go next month. My mom wants to join the the Indy blogger pic next month too.

Have a lazy Sunday
Pugsley

Hey Sophie, Dixie, and Harley! We gave you an award! Check out our latest post to see it!
Pug hugs and kisses!
The Pug Posse

The meetup looks FUNNEST! Your boots are cute, Kel!

Poor Harles. I just want to hug his cute, scared self. So glad you all had a fun, muddy day! I am guessing there were baths to follow....?

What great photos. What lovely mud! NOT! Did you have to get a bath afterwards? Those pupcakes look delish. (I got bagels and chocolate milk this morning, don't tell mom.) ha ha

Fabulous post! It's like a soap opera with all that butt-sniffing and licking going on. Dixie and her ex and Pippin with his poetry, Sophie skankin' up the place sniffing butt, and Harles getting into bar-room brawls...etc... 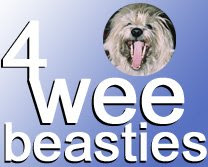 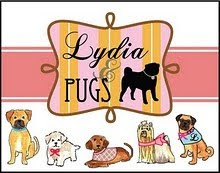 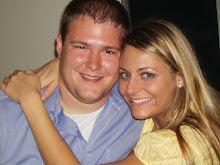